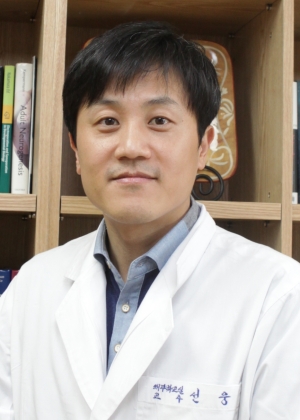 Pfizer Korea. It was established in 1999 to discover medical scientists who have

made outstanding contributions in Korea’s medical development and mankind’s

health and welfare and to promote research in medicine.

Professor Woong Sun has conducted research to identify a molecular

mechanism of mitochondrial quality control. After identifying a regulatory

mechanism of mitochondrial dynamics in 2017, he took a step further and

a selective pressure for eliminating “bad sectors” in the mitochondrial network,

serving as a mitochondrial quality surveillance system. It was published in

world-renown journals such as Nature Communications and Molecular Cell and

mechanism was praised as opening up a new horizon in cellular biology.

to research,” Professor Sun stated. “I want to expand the scope of this research

on 4 November, and prize money (90 million won in total) and an award plaque

will be given to the awardees. The clinical medicine award was given to

Professor Byeong-Keuk Kim of Department of Internal Medicine of Yonsei

University College of Medicine. The translational medicine award was given to

of Pediatrics of Yonsei University College of Medicine.